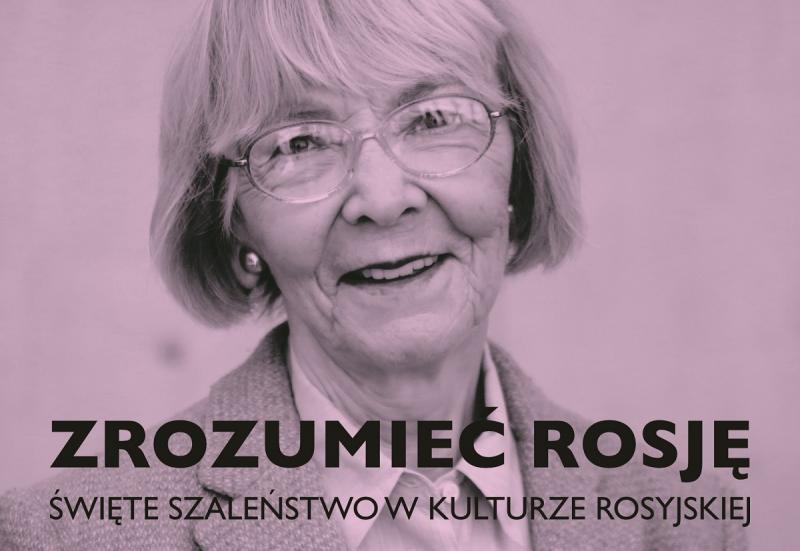 Ewa M. Thompson is Professor and Chairman of the Department of German and Slavic Studies at Rice University. In this seminal study, she investigates the concept of the "holy fool" as it exists in Russian culture and civilization. While this might seem a specialized and curious topic of investigation, Thompson makes a convincing case that the "holy fool type" is essential to an understanding of Russian culture and religion.

The most notorious holy fool known in the West was Grigorii Rasputin, who exercised such a strange influence over the family of the Tsar before the Russian Revolution. Rasputin was, however, only the latest in a long line of such men, and his hold over the royal family was not as unusual as it might seem.

The holy fool was found in every Russian village for centuries, and often exercised great influence in governmental affairs. In early times, the holy fools went around completely naked, unwashed, and filthy; in later times they wore garish and weird outfits. At all times they caused disruptions in social life. They spoke incoherently, and their oracles were then interpreted by others. Such men were regarded as fools, but also as holy men. "It was believed that he possessed mysterious powers and was in some way in contact with the supernatural. He was also assumed to be clairvoyant, and his advice on matters personal and social was eagerly sought." Holy fools "were capable of scandalous and malicious actions against those who displeased or contradicted them" (p. 1). The sexual immorality and vile behavior of the holy fools was excused on the grounds that they sinned to make a point, or sinned in order to humble themselves. Their total verbal incoherence, often connected to imbecility, was proof of their mystical profundity.

Thompson shows that the holy fools were shamans, the descendants of a long history of shamanism in Russia and the cultures surrounding her (pp. 97-123). Their dress and behavior, as well as their standing in the community, demonstrate this clearly. Like the shamans, the holy fools covered themselves with iron objects and chains, engaged in trances and ecstasies, performed miracles and prophesied (in some fashion), were fond of beating drums or bells (which in Russia are fixed; i.e., they don’t swing), and were generally inclined to showmanship. Their lack of Christian morality, of course, is another parallel. The feats performed by holy fools were completely unlike those of Christian saints, for the saints did miracles to help others, while the holy fools did miracles only to call attention to themselves and to frighten ordinary people.

In early times, such people were regarded as pagans rather than as Christians. This is seen in the Russian Primary Chronicle, which speaks of such persons as "vicious." Later, "the shamanic influence in the thirteenth, fourteenth, and fifteenth centuries helped to deflect the Byzantine tradition of unusual ascetic practices, and the result was that positive recognition was given to conduct that had little or nothing to do with any form of ascesis" (p. 11). Early Christian ascetics were doubtless influenced by gnosticism, but still the purpose of their "prophetic theater" was to minister the gospel and to challenge others to righteousness. "Unlike the Byzantine eccentrics whom they allegedly imitated, [later] holy fools did not try to convert anyone. They committed acts which are considered sinful by Christians; they annoyed and hurt others. . ." (p. 13). There are no stories about the charity of holy fools, only about their aggression. Since they did not speak coherently, they did not preach.

In chapter 2 of her study, Thompson contrasts the Western and the Russian views of mental illness. In the Middle Ages of the West, insanity was pitied and cared for by the Church. During the Renaissance’s revival of pagan viewpoints, insanity was identified with witchcraft and persecuted. During the Enlightenment, when human reason was glorified, the insane were regarded as subhuman and as objects of contempt and ridicule. Throughout all this, the Western paradigm was binary: sane versus insane.

The Russian taxonomy was trinary. Some people were sane and normal; some people were insane; and some people were paranormally insane: the holy fools. During the nineteenth century, responsible medical practitioners and Orthodox clergymen tried to reshape this paradigm and eliminate the holy fools from their special privileged status, but without success. An important byproduct of this scheme, Thompson shows, is that since some insane people are really wise (holy fools), some seemingly sane people are really insane. This has led throughout Russian history to the use of the charge of insanity as a way of dealing with political deviants. The Soviet misuse of psychiatry is nothing new in Russian culture.

In chapter 3 of her study, Thompson discusses the relationship of the Church to the holy fools. Throughout her book, Thompson displays a profound and thoroughly Biblical grasp of theology, and she uses it to show that the holy fools bore no resemblance to any kind of Christianity. Thus, her discussion is admirable and exemplary. The Russian Orthodox Church hierarchy was always very wary of the holy fools, and important leaders were critical of them. Important theologians, such as M. P. Bulgakov and more recently George Florovsky, were openly critical. For a long time in the Middle Ages, however, the sermons in the Orthodox church consisted by law of the reading of written homilies, and the clergy were poorly trained. This meant that the church did not minister to the needs of the people, and became no more than a Sunday ritual. If people wanted specific advice for problems, or if there was a crisis in the community, neither the sermon nor the pastor was likely to have anything to say. Thus, the shamanistic tradition was not challenged, but flourished Monday through Saturday and gradually accommodated itself to some exterior forms of Christianity. As a result, "throughout Russian history, some members ofthe clergy opposed the worship of holy fools, where others encouraged it" (p. 95).

Holy fools are particularly important in Dostoievski. Because Dostoievski understood Christianity much better than did Tolstoi (who was actually a pantheist and was excommunicated from the Church), he presented real-life holy fools in a very negative light. The stylized holy fool, however, as a representative of authentic, existential, paradoxical, Russian Christianity, is met frequently in Dostoievski. Thompson discusses Prince Myshkin (The Idiot) and Sonia Marmeladova (Crime and Punishment). The absurd contradiction of the innocent, unembittered prostitute is in the heart of the holy fool tradition, and "it is worth noting that Sonia did not advise Raskolnikov to go to church and make a confession according to the principles of the Orthodox faith. Instead, she insisted on humiliating him," requiring that he "expiate his sin publicly by going to the marketplace, kissing the earth [! — not an icon, JBJ] and proclaiming to the people around him that he had sinned" (p. 144).

Thompson’s study would be of great value already if it stopped here, but her last chapter is perhaps her most valuable. She shows that the Russian radicals and intelligentsia of the nineteenth century were simply acting out the holy fool paradox at a secular level. Russian folklore had already glorified secular holy fools, especially in the person of Ivan the Terrible. "Geoffrey Gorer put it this way: `Many Russians state that repentance is more highly to be esteemed than innocence.’ Lest this be taken as a reaffirmation of the prodigal son parable, it should be pointed out that in the Russian context, repentance means public denunciation of one’s misdeeds, the kind of thing Tsar Ivan practised, humiliation rather than a change of heart" (p. 179). This sheds great light on the Soviet practice of public confession.

Thompson argues that the holy fool paradox has worked to create a Russia that is tyrannical at home and aggressive abroad. In the absence of a coherent religious "ideology," the cultural psychological vacuum is filled by the power of the state authority. "What to an intellectual was a way of saying that paradoxes mattered more than syllogisms, to an ordinary Russian was a reassurance that the state of affairs in Russia was superior to the state of affairs elsewhere, and that it deserved unconditional loyalty and devotion, even if the price was slavery at home and aggression abroad" (p. 185).

She argues that the holy fool myth made the Revolution possible and easy, not only in providing a widespread foundation for Marxian dialectics, but also in that "holy fools expressed contempt for civil order and for organized religion, and this attitude came to be regarded as praiseworthy" (p. 194). Thus, the collapse of the Tsarist regime and of the Orthodox Church took place with very little social upheaval. It was on the outskirts of the Russian empire that the Revolution was greeted with horror; the Great Russians accepted it rapidly.

She closes with some important criticisms of Aleksandr Solzhenitsyn. Solzhenitsyn, she points out, promotes the view that the values of the Russian people are those of a humble and suffering people, victims rather than props of the Soviet regime. Her position is that this is only half of the story, half of the self-embraced paradox. "Solzhenitsyn condemns what in his opinion constitutes an onslaught of non-Russian values on the Russian people: the secret police and strong political supervision, the system of internal passports, the limitations on travel abroad and within the Soviet bloc, the work camps in Asia, and an elaborate system of spying. All of these existed in nineteenth-century Russia, but Solzhenitsyn views them as if they had been imposed by a foreign conquest: as a burden rather than an integral part of the Russian tradition. He does not mention that popular resistance to these political customs has been virtually nil" (p. 191).

Thompson’s study is filled with invaluable insights into Russian culture, and will be of great value to historians, both ecclesiastical and cultural. It will be of value to theologians interested in social modelling and in the relationship of gnosticism to Christianity. It will be of value also to those wrestling with care of the poor, the insane, the homeless (who are often insane), and the demonically possessed. Finally, it will be of tremendous value to anyone seeking to understand the current changes in Russian and Soviet culture. 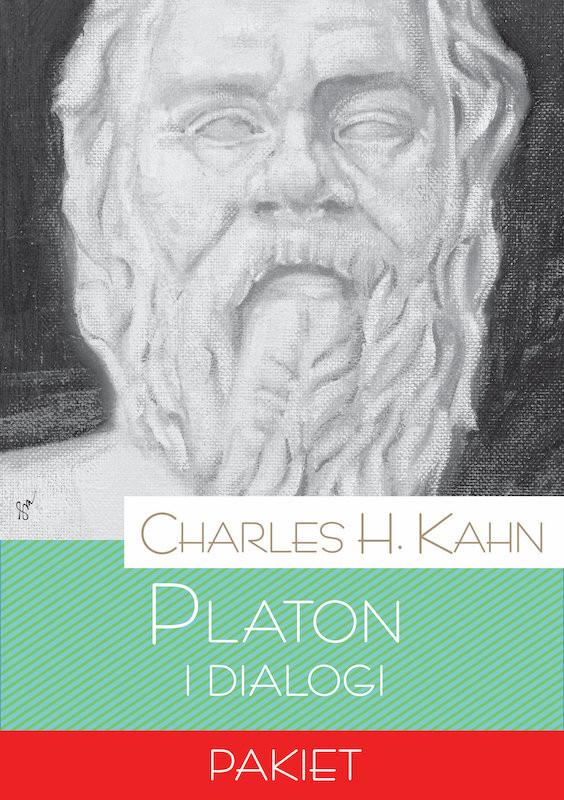 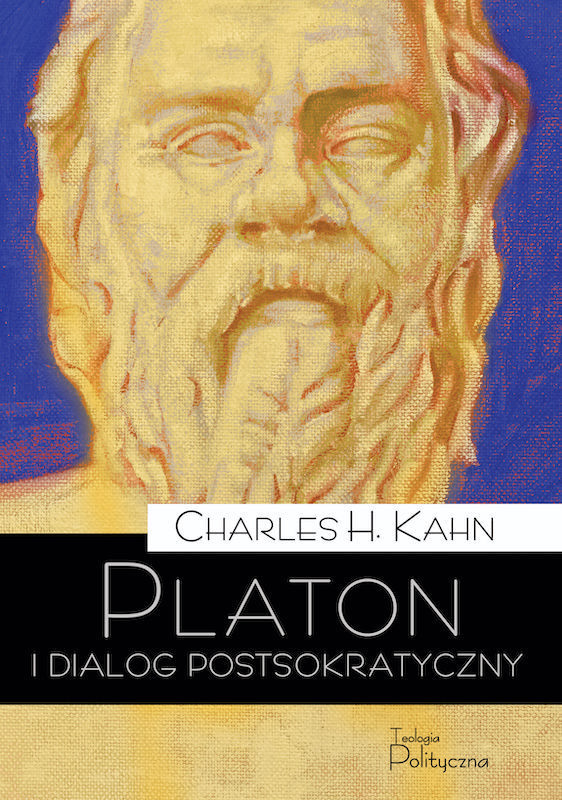