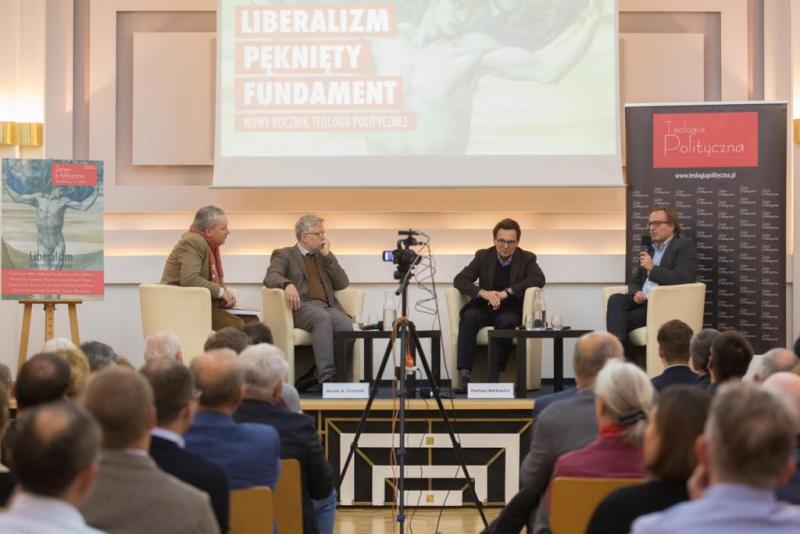 Eleven issues of Political Theology have been published thus far. Each one is dedicated to a different subject. The last one is titled "Polish modernity". You will find a brief description of their contents in this article.

Editorial Board of the "Political Theology" yearly: 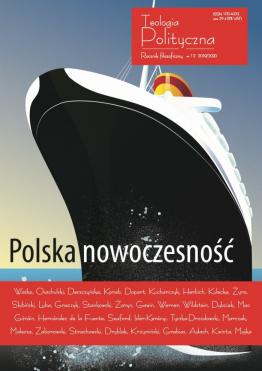 What was specific to the discussions around modernity during the Enlightenment and the 19th century, and what were they like in the interwar period or in the era of the Polish People's Republic? Finally – how can it help us today to understand and respond to the challenges of modernity? These questions accompany the authors of the texts of the twelfth issue of the annual 'Political Theology'. Outstanding experts on history and culture, political thought, religion, literature and philosophy, academics and publicists, representing various perspectives and traditions of thought, have decided to confront the problem of the essence and conditions of Polish roads to modernity. 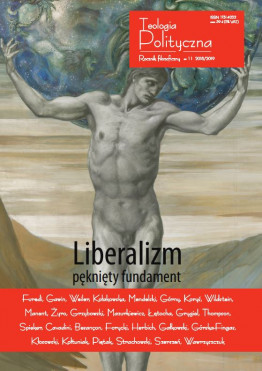 In this issue the authors analize and diagnose the crisis that has lasted for 10 years in the world of liberal democracy. They focus on two outlooks analizing Polish experience of political transformation and peculiarities of the beginnings of capitalism. Moreover they write about the issue of problematic stability of political order and causes of disintegration in West democracy. Among dozens articles we can find some topics devoted to: attitudes towards economic liberalism of three popes: John Paul II, Benedict XVI, Francis; paradoxes of contemporary liberal democracy; philosophical polemic with modern contractual and political understanding of Europe. This issue contains interesting interviews with Frank Furedi, Joseph Weiler and reviews of recently published books. 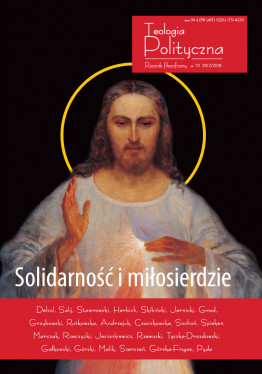 In the tenth issue of “Political Theology” the attention is directed towards two important ideas which could be developed in Poland in 20th century – solidarity and mercy. Authors analize these ideas as both universal in their antropological content and particular to experiences of totalitarian regimes Polish nation have faced in 20th century. 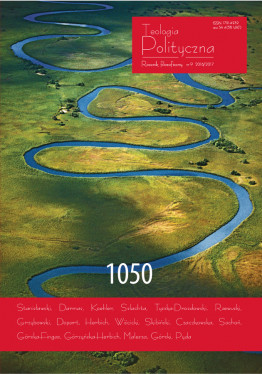 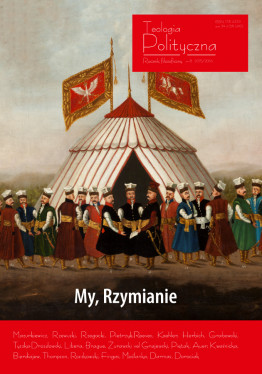 This issue shows that the dominant East-West system should be replaced by North-South system to understand the specific of Polish people.  It states that Poles are known as the nation of the North, which cultivates cultural traditions and values of the South based on heritage of antiquity and Christianity. 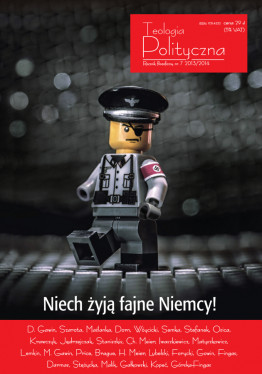 In the seventh issue of “Political Theology” attention is directed towards the German policy in Europe. The texts refer to Germany position 70 years after the induced and lost war and the way Germany pursue its interests. 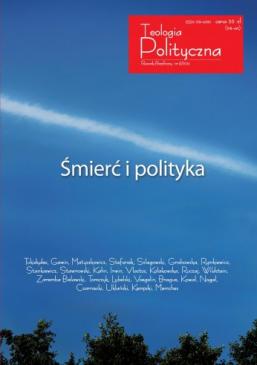 The sixth number puts in the spotlight the situation of Polish politics in the two years after the crash in Smolensk and the problem of the political community divided under intensifying political conflict. 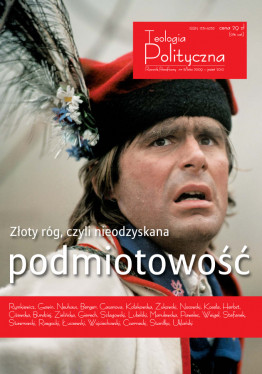 What could be described as Poland's identity in modern times? And does Poland have the resources and means to maintain and further develop that identity? Such issues are tackled in detail in the fifth issue of Political Theology, "Lost subjectivity". It is not just identity that is taken into account here, but also a certain notion of independence. Can Poland still follow its own path of modernisation and development, maybe one with a greater role of the church, or does it have mimic the increasingly secularized western nations if it wants prominence in the EU? In an article called "It's Impossible to Xerox Modernity", Dariusz Karłowicz severely criticizes a one-size-fits-all approach to political and social progress and modernisation. He argues that each country has its own culture and identity and needs to develop according to that rather than merely copy its seemingly more advanced neighbours. Furthermore, the issue also attempts to affirm and fully understand what it means to be Polish in today's times and what role Poland's unique identity (Solidarity, the role of the church, a newly developing democracy) means in today's cosmpolitan, ever-globalising times. Finally, the advance of secularism in the modern world is looked at it in detail, and the U.S. and European approaches to the issue are compared and contrasted. 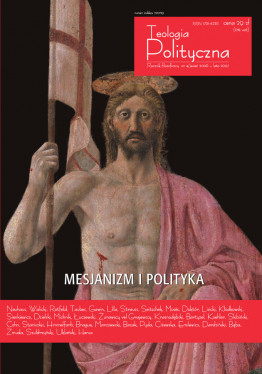 Poland has had its fair share of suffering in history, so much that it has been described as the "Christ of Nations" by Adam Mickiewicz, a Polish poet. This messianism seems to have been ever present through Polish history, especially when considering its major role in toppling Communism in the Eastern Block. The fourth issue, „Messianism and Politics” (2006/2007), deals with that idea. It mostly concerns itself with the idea and the true nature of messianism, discussing the identities but also missions of nations. One of the questions the issue concerns itself with is "is messianism an anomaly or a call of enlightenment?" It also investigates the nature of messianism in the Jewish and Islamic cultures and religions, while constantly alluding to the politics and history of Europe, presenting a vision of Frederick II as a messiah-like figure. Finally, it analyses the true role of messianism in modern politics, for example the Solidarity movement (which was sen as one growing out of the tradition of polish messianism) and discusses the concept in relation with the nature of modern nations. 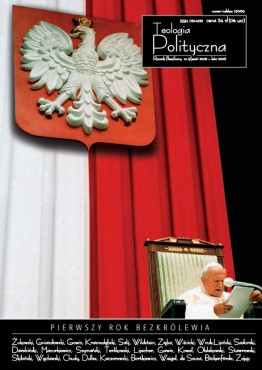 The third issue, "The First Year of the Interregum" is devoted to the late John Paul II and analyses his role in history and politics, especially in the fall of the Berlin Wall, Solidarity movement and a feeling of Polish unity. The Pope has been extremely popular in his life and some even referred to him as "John Paul The Great" posthumously. This issue presents a vision of John Paul as, alongside Copernicus, one of the greatest Polish thinkers and analyzes his impact and influence, both on Poland and abroad. It contests the view commonly held by some anti-clerical intelligentsia that the late Pope had little of an effect on modern-day Poland, arguing instead that it was people who follow his teaching that are now the backbone of democracy and the free market in the country. Furthermore, the question arises why the Polish Pope's life and teachings are studied much more vigorously abroad, especially in universities, than in his home country. In general, the issue investigates the influence of the Pope on Poland and abroad, both during his pontificate and in the year after his death. 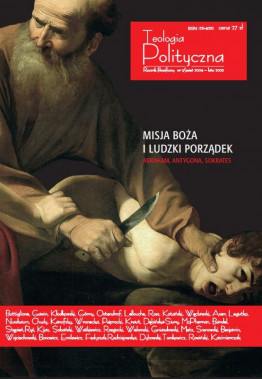 The second issue of Political Theology, entitled "God's Mission and Man's Order (2004/2005)," focuses on Abraham, Antigone and Socrates, studying whom is crucial to understanding the importance of the conflict between law and mystery, between man's order and revelation, and between history and God. Some of the authors of this edition perceive this conflict as impossible to resolve in the way people usually deal with ordinary issues in the contemporary world. The conflict between the human order and God's mission inevitably and permannetly determines a man's position in the world as well as in the presence of the absolute. Thus, it affects all of us in this day and age.

Religion is also analyzed as the basis of modern legal and political systems, especially in countries such as the U.S., where democracy and law can almost appear like God-given gifts to some. It is seen as an absolute anchor for moral and political views and seems to be society's only solution to the questions of moral relativism. The painting on the cover of the issue (Abraham as he is about to kill his son Isaac as part of a test given to him by God) makes us question our loyalty to religion, as the authors ponder whether complete loyalty to both religion and the state is even possible. 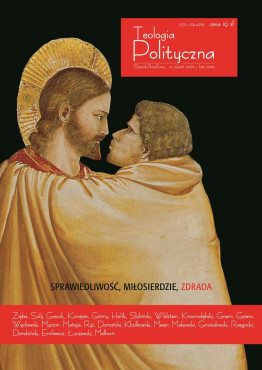 The first issue, „Justice, Mercy, Betrayal” (2003/2004), dealt with lustration, betrayal and apostasy in post-communist societies. It is devoted to the question of treason and the way it has been dealt with in political communities and continue to deal with it today. How should we judge betrayal by our compatriots? Should a community be forgiving or should it seek just punishment, without which the religious and political unity of the community seems impossible to sustain? This is a major dilemma in Central and Eastern Europe, and the problem of past collaboration with the communist regime directly affects the lives of many. But the problem of treason itself is a much broader one, with a number of implications.

Three different experiences of betrayal are portrayed in this issue’s interviews with a Polish Catholic theologian, a German evangelical pastor whose duties once involved studying the archives of the East German secret service, and a Russian orthodox theologian. They discuss how the betrayal of one’s community is a phenomenon that Christianity had to deal with from its very beginnings, and argue that one cannot be merciful to the perpetrators and ignore the victims’ valid claims to justice. The interviews also show how difficult it is for Christian churches to speak openly about some of their and their members’ ambiguous attitudes toward communism and their roles within the communist system.

The collection of articles on treason also contains contributions on the theological aspects of betrayal, the relationship between mercy and justice, and Christianity’s past reactions to apostasy. A description of the traditional Islamic approach to the issue concludes this thematic block.